Considering the speed at which anime is taking over the world, both commercially as well as culturally, it has become impossible for us to ignore their influence anymore. Some people believe it is utterly nonsensical for adults to spend so much time watching characters that are not even real. Still, only the people who have given anime series a chance know how beautiful and appealing they can be. If you are one of those people who want to step into the anime world but do not wish to commit yourself to a multi-season/episode show, anime movies are just the right thing for you. Some of these movies go unnoticed by the masses due to one reason or the other, but that, in no way, means that they are not worth the time.

There are a wide number of movies to choose from belonging to various genres, including fantasy, action, drama, romance, and comedy. We have shortlisted a list of the top ten anime movies that are way too underrated than what they deserve. All of the ones mentioned below are easily available and accessible! 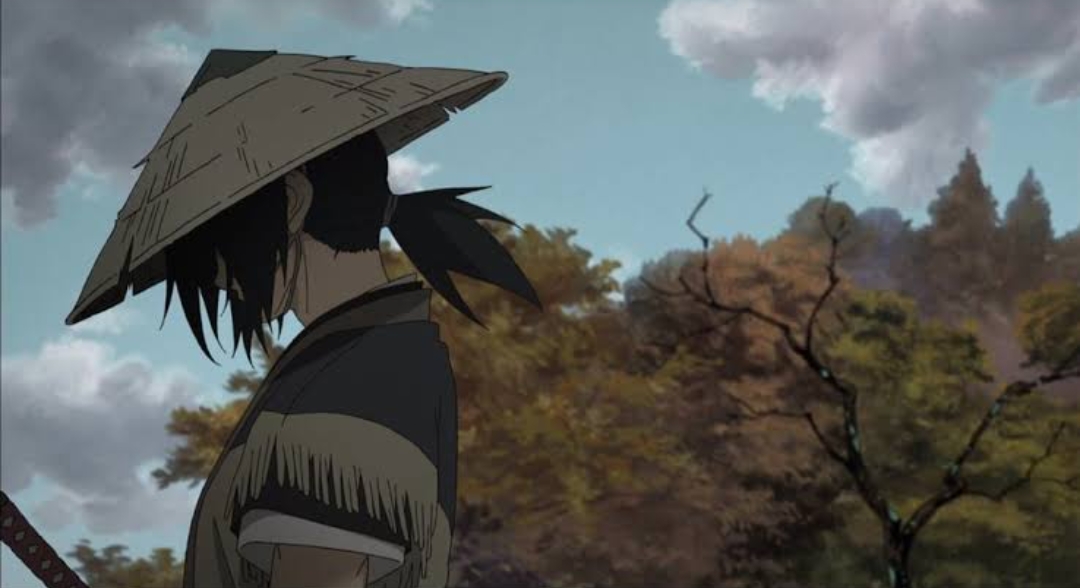 Sword Of The Stranger

The movie ‘Sword Of The Stranger‘ focuses on a boy named Kotaro, who is chased by a team of Ming swordsmen because of some ominous reasons, led by a western fighter named Luo-Lang, who is determined to find a worthy rival. The boy, along with his dog, is rescued by a ronin called Nanashi, who has given up fighting owing to a violent past. When the swordsmen clashes with a proud general, a feudal lord, and monks parted between faith and survival, the three of them, Kotaro, his dog Tobimaru, and Nanashi, join hands to confront the opposition.

This is a must-watch anime movie for everyone who is looking for amazing animation and a gripping storyline. The movie is full of twists and turns, which end up making it utterly captivating. 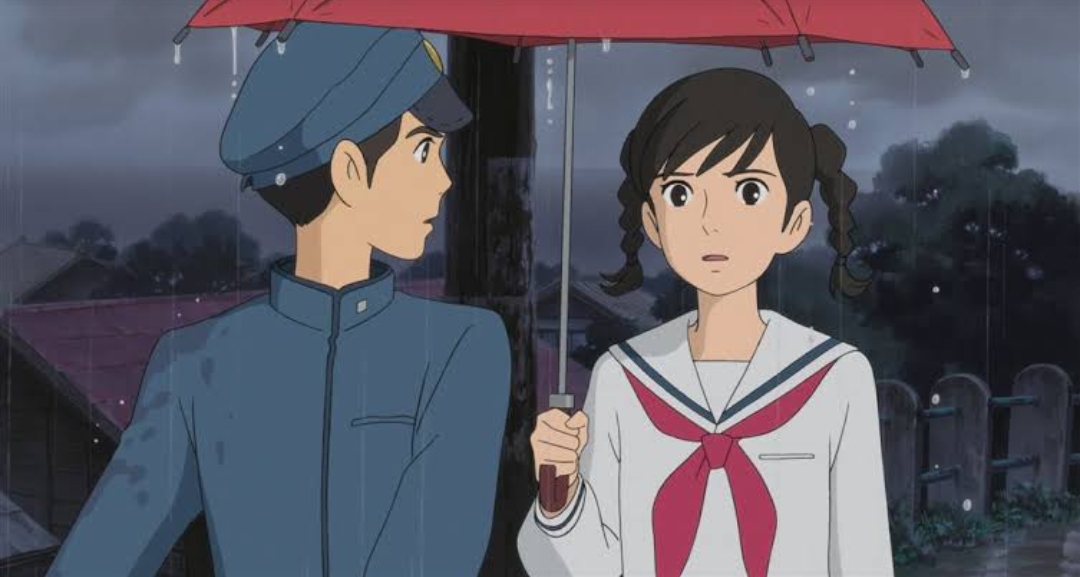 From Up on Poppy Hill

The movie has been inspired by the 1980 serialized manga by Tetsurō Sayama with Chizuru Takahashi as the illustrator, bearing the same title. The story was set back in 1963 in Yokohama, Japan, following a high school girl, Umi Matsuzaki, who comes across a member of the newspaper club of the school, Shun Kazama. They think of cleaning up the clubhouse named ‘Latin Quarter,’ but the president of the school, who is also a businessman, has already decided to redevelop it. Umi, Shun, and one of Shun’s friends, president of the student council, Shirō Mizunuma, vows to convince him to reconsider his decision.

The plot is low-key unusual, and heart-touching. The pure hope of the lead characters will bring out the optimistic side of the viewers. 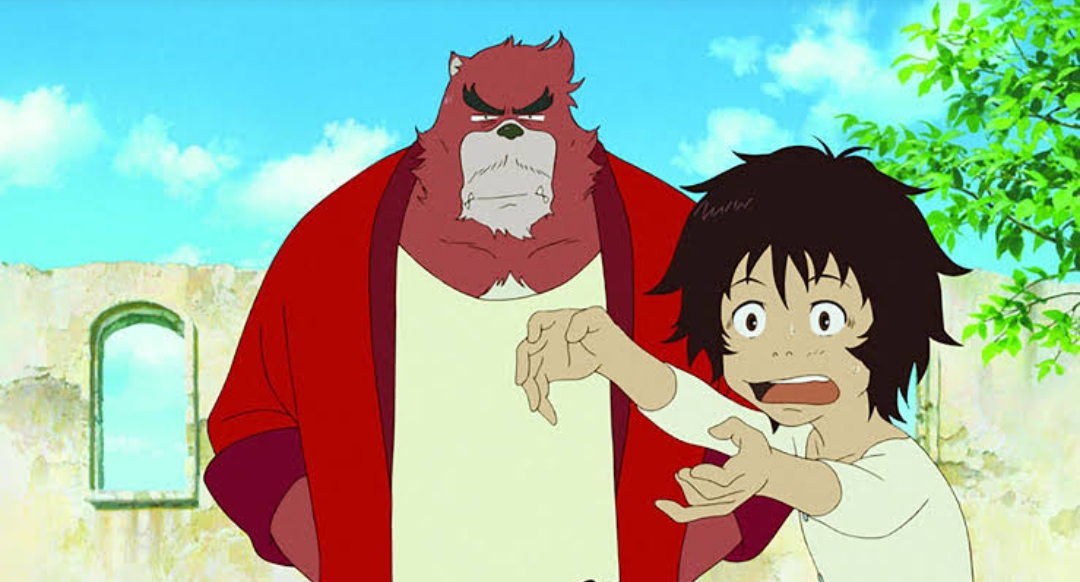 The Beast And The Boy

‘The Beast And The Boy’ is an action-adventure fantasy movie which revolves around a young orphan boy named Ren who lives on the busy streets of Shibuya all alone, after fleeing from his legal parents’ house, until one day he is taken away by a giant beast, Kumatetsu to a fantastical world of the beasts. Although Kumatetsu initially takes in the boy as his disciple, giving him a new name, Kyūta, he ends up bringing him up in the process. As Kyūta discovers his way back to his own world, he befriends a young student, Kaede, and also finds his father, who has been in search of him ever since he was gone. Kyūta strives to live a double life, one that he has in the beast’s worst and one in his human world.

The movie has all the right elements like action, adventure, drama, romance, fantasy, and a little comedy in a balanced ratio which is fit for all kinds of viewers. The story lets us witness the journey of a boy towards maturity, focusing on the relationship of a father and his son. The main theme of the movie is how humans carry the burden of their own dark past and how do they overcome it. 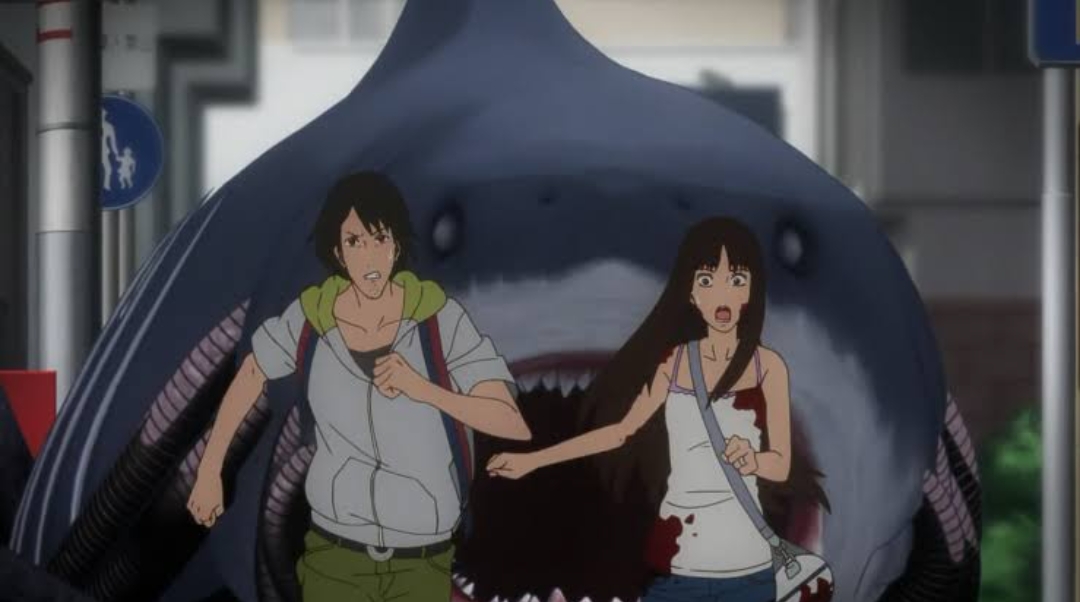 The movie is an adaptation to the hit manga titled ‘Gyo,’ created by Junji Ito, who is one of the most popular horror manga artists with a handful of horrific works that have been adapted into multiple live-action movies, anime series, and anime films. The story revolves around three friends, Kaori, Erika, and Aki, who, in order to celebrate their upcoming graduation, have come on a vacation. However, nothing happens as planned when some mysterious parasites take over the bodies of the aquatic animals, which lets them walk on the shore. When their awful stench spreads over the area, not only do the small fish or sharks get infected, but the lives of human beings also fall in danger, forcing the three friends to reanalysis everything they care about for staying alive. 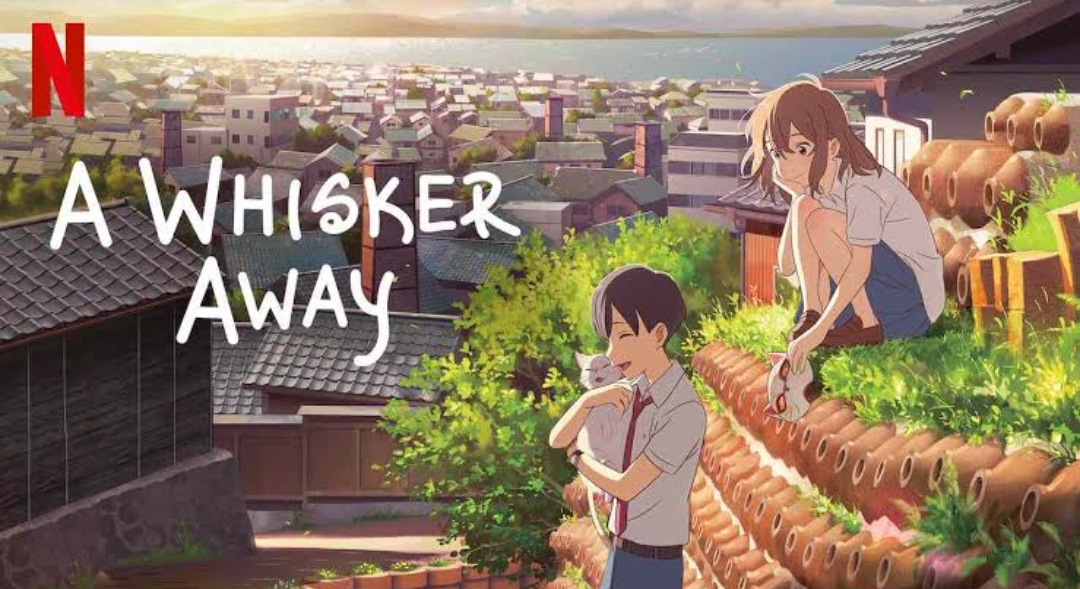 ‘A Whisker Away’ is a fantasy adventure that tells the tale of a teenage girl named Miyo, aka Muge. Although she looks ever cheerful, positive, and childish on the surface, she is, in reality, a depressed soul who does not have enough confidence to love her own self. Her family is dysfunctional, which makes her sad all the time, though she never expresses it. She has just one friend in school and has feelings for a guy named Kento, who doesn’t love her back. When Miyo comes across a mask seller, she takes a cat mask from him in the hope of being loved a little more. However, things don’t go as planned, and she has to face the consequences.

The movie is highly recommended for all those people who are sad from the inside and think that they are loved by no one in the world. ‘A Whisker Away’ will make you realise that there are people who actually care about you; however, you are not known to it yet. The movie makes the spectators feel complete and satisfied. 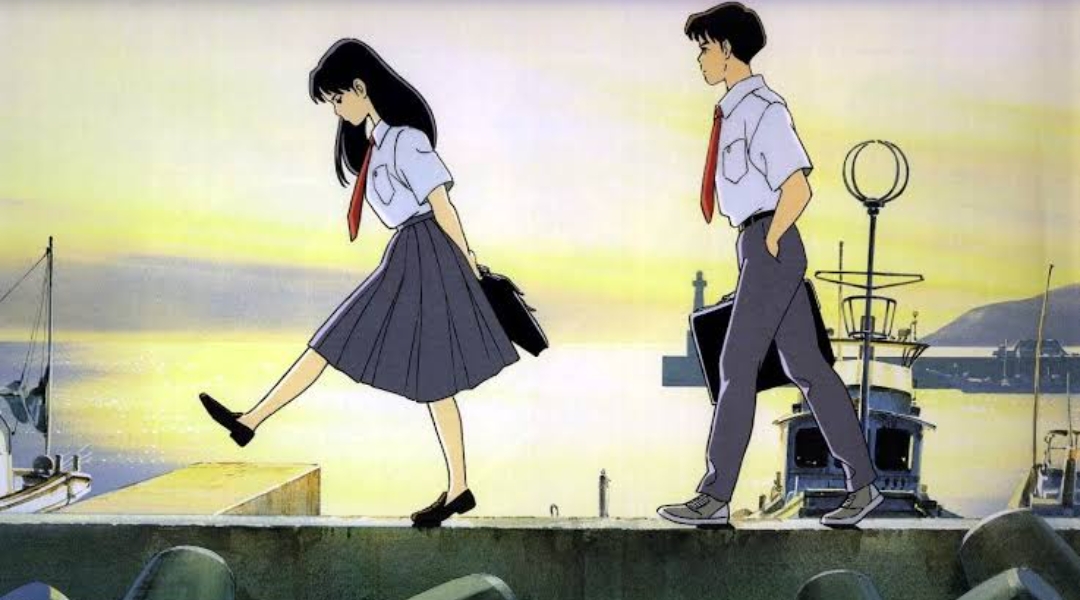 Crafted with nostalgia, ‘Ocean Waves’ follows a love triangle between two friends, Taku Morisaki and Yutaka Matsuno, and a new girl from Tokyo, Rikako Muto, who has transferred to their high school. The movie begins with Taku seeing a familiar face on the opposite platform of Kichijoji Station. The small glimpse makes him recall his school memories, especially based on Rikako and the moments they shared together back then. ‘Ocean Waves is one of the light classic anime movies that you should watch in order to grasp the essence of the anime world. The movie succeeds in taking us down to our memory lanes and makes us think of our own lives.

The movie is as realistic as it can be, revolving around country boys who easily get infatuated by beautiful city girls and the latter, who is manipulative due to her charm. 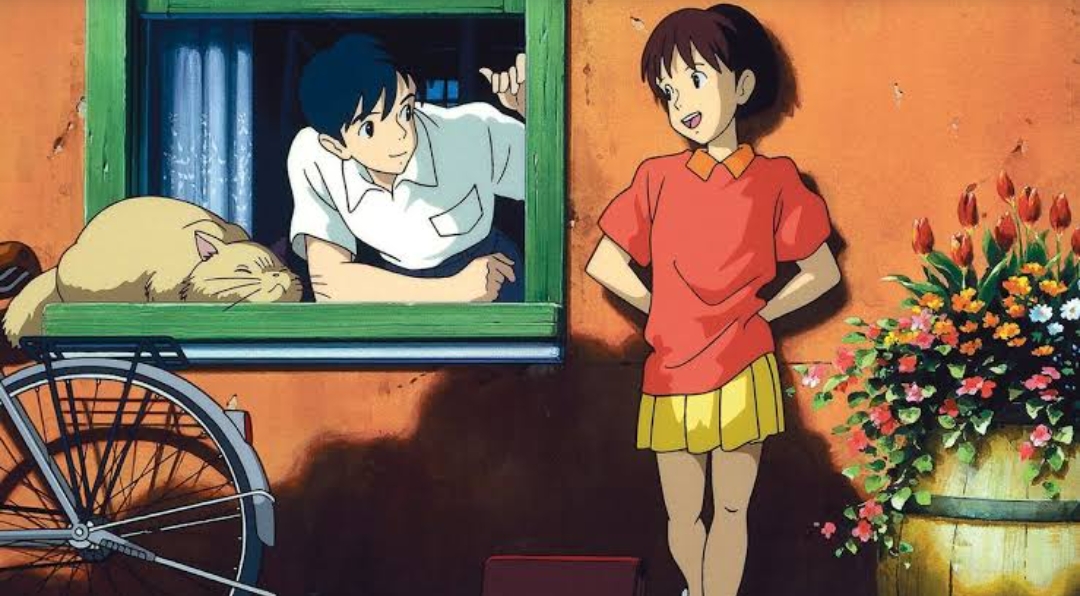 Whisper of the Heart

‘Whisper of the Heart‘ is a coming-of-age musical romantic animated movie inspired by the 1989 manga by Aoi Hiiragi bearing the same name. The story revolves around a 14-year old girl named Shizuku, living in Tokyo with her family, who has a keen interest in creative writing and spends her time reading books at the library almost every day. When she discovers that all of the books that she borrows have been earlier checked out by someone named Seiji Amasawa, while going through the checkout cards inside those books, she gets curious to know more about the boy. After a series of strange incidents, she comes across the boy, and it is then that the story takes a gripping turn.

The story is simple yet sweet, nostalgic, and magical— enough to hook everyone who begins to watch it. The bond between the two main characters is wonderful, and the spectators are sure to get fascinated by the violin tunes of Seiji and the exceptional world of Shizuku’s writing. 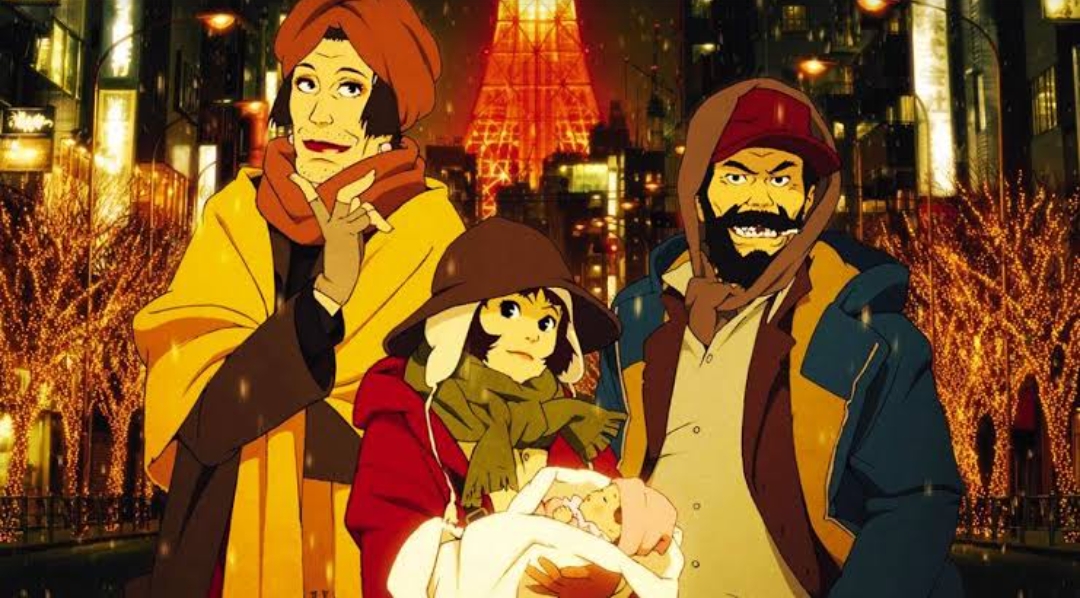 Loosely inspired by Peter B. Kyne’s novel titled ‘Three Godfathers,’ the movie narrates a heart-warming story of three homeless people who, on the night of Christmas eve in Tokyo, discover a wailing baby in a heap of trash. As they cannot find her parents in sight, they decide to work together and reunite the baby and her mother, moving around throughout the city. As they look for the baby’s mother, they gradually uncover the secrets of their own lives and how they ended up becoming homeless. Following all the clues they get one after the other, the three of them have to undergo different situations, one messier than the other.

‘Tokyo Godfathers’ is one of the best anime movies, which is not only entertaining but also delivers unconventional but important messages to the viewers. The movie lets us experience wedding shootouts, car chases, fun banter along with many other amazing coincidences and forces us to understand the struggles of homeless people. Moreover, the movie is definitely ahead of its time which is evident from the type of message it delivers as well as the subject matter. 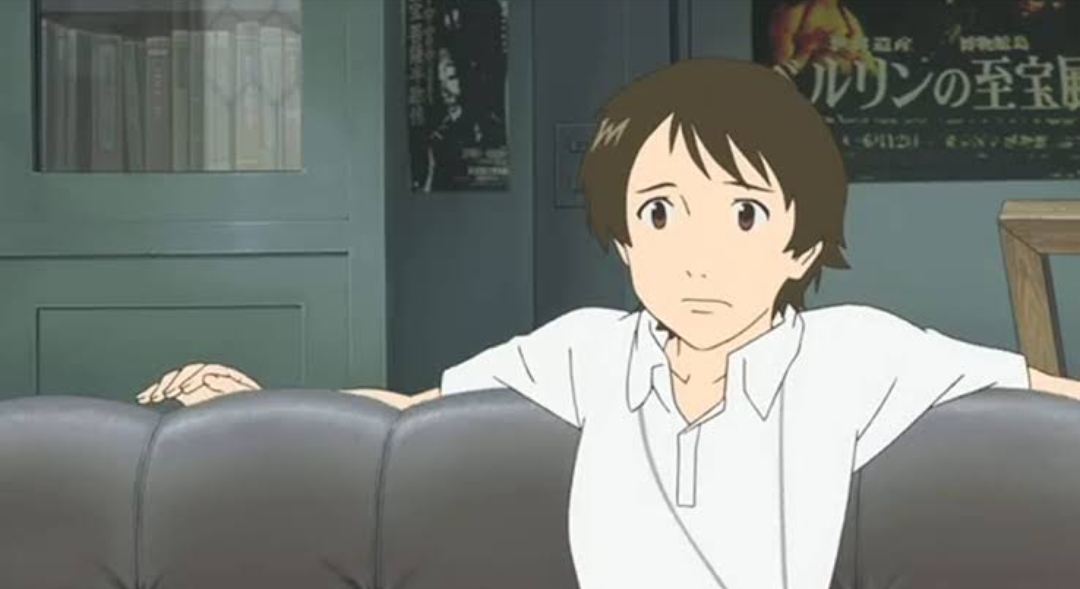 The Girl Who Leapt Through Time

Revolving around a high school girl named Makoto, the movie is a science fiction romance, a loose sequel to the 1967 novel by Yasutaka Tsutsui, bearing the same title. The girl acquires the ability to travel back in time to relive a day again and again, and Makoto cannot hold herself back from using this opportunity for her own benefit. However, she soon starts to realise that her actions have been negatively affecting the lives of other people around her along with her own. Things get out of control pretty quickly when she discovers that she has only a limited amount of time-leaps numbered on her arm before they finally run out. Makoto tries to use the rest of her time-leaps for sorting out the mess that she had created earlier.

As interesting as the plot sounds, the movie meets the expectations of the spectators in showcasing the pros and cons of the new skill earned by Makoto. ‘The Girl Who Leapt Through Time’ is a beautiful and sweet movie that can leave a remarkable impression on the minds of the viewers. 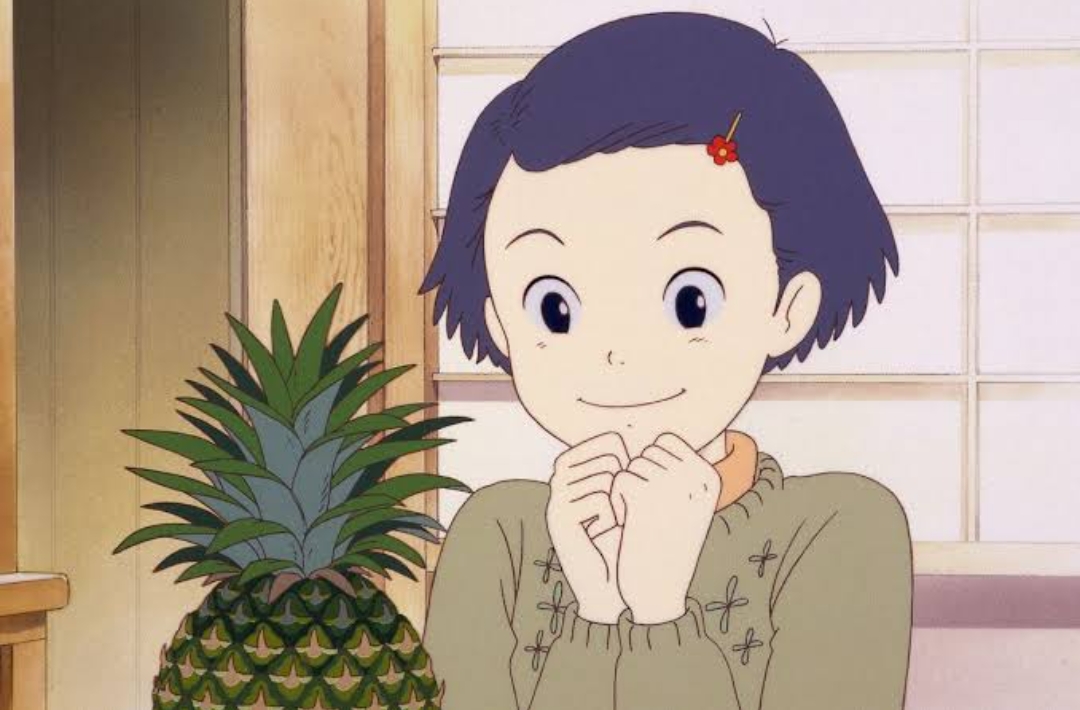 Inspired by the 1982 manga created by Hotaru Okamoto and Yuko Tone, going by the same title, ‘Only Yesterday’ centres on Taeko Okajima, a 27-year old woman who, after spending almost her whole life in Tokyo, decides to visit her elder sister’s in-laws’ family, who resides in the rural countryside, in the hope of getting freedom from her city lifestyle. The trip makes her feel nostalgic, and she begins to remember her life as a small school girl in 1966 and her lovable bond with her brother-in-law’s second cousin, Toshio.

‘Only Yesterday’ takes us to our childhood days and lets us showcases the great transition from our past to the present. The story is timeless, relatable, and captivating enough to help you recall the person you were once upon a time. The movie is an out-of-box anime, with realistic drama written especially for the mature audience, especially women. The characters are memorable, the visuals are gorgeous with amazing music, making the movie a must-watch for all anime lovers.